Compatible with all types of Steel Cord Belting.

To provide the latest version of the Belt Scanner BSMF in a portable form.

A portable version of the Belt Scanner BSMF, which can be moved from conveyor to conveyor. The same high-resolution, small data file features exist with the portable as with the BSMF. 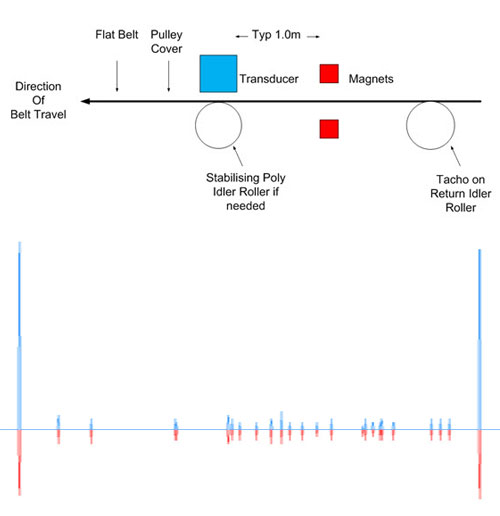 The belt carcass is selectively magnetised, by the Conditioning Heads, as it passes the scanning location. Any discontinuity in a cord, even just cord filaments, gives rise to an external magnetic field (Magnetic Flux Leakage).

This magnetic field is then detected by the Transducer as the belt passes it.

The Transducer contains multiple pick-up devices dispersed across the belt.

The output from the Transducer is processed and stored internally.

A tacho pulse train is derived from the Tachometric Device, which data is stored in a separate channel, giving longitudinal positional information.

Cord damage sensitivity is better than one cord.

The practical lateral resolution is a function of cord pitch, the number of pick-ups per metre of belt width and the working distance from the cords. For good lateral resolution it is essential that the pick-up devices are located as close as possible to the steel cords. 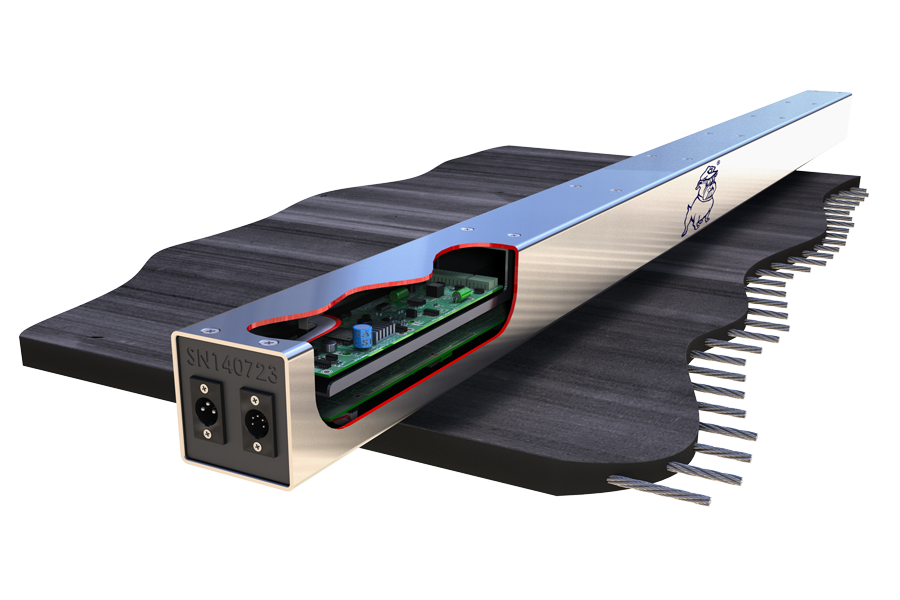 The Belt Scanner Portable Hi-Resolution sensing device consists of a stainless steel Transducer fabricated to over-span the width of the largest target conveyor belt. This allows for belt wander.

For manual scanning using the Belt Scanner Portable, the installation is temporary and varies from conveyor to conveyor.

The Transducer must be located; 1. In a flat belt path (in one plane, not necessarily horizontal), where belt flap and droop are at a minimum. 2. Where no excessive rise and fall of the belt occurs during starting and stopping of the conveyor, particularly during emergency stops. 3. Away from electrically “noisy” locations, eg. adjacent to drive motors, electrical controllers and switch gear etc. 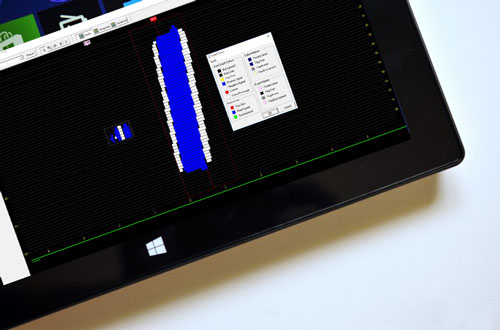 Unlike the Belt Scanner BSMF, the portable version does not include a Main Electrical Enclosure (MEE) and therefore does not have the Disastrous Event Detection (DED) or Programmed Parking (PP) features.

Data is downloaded directly to a Windows based Laptop or Tablet via a powered 5v USB port.

Software for Data Capture and basic Belt Analysis is provided with the device.

The Belt Scanner Portable is a software-based device. All device configuration and operation is performed under Belt Guard Boss – Client software, which is supplied with the device.

Belt Guard Boss is accessible via a Windows based Tablet or Laptop with a powered 5v USB port.

'Belt Analysis' is used to map the conveyor belt, assess levels of damage and to determine changes over time. 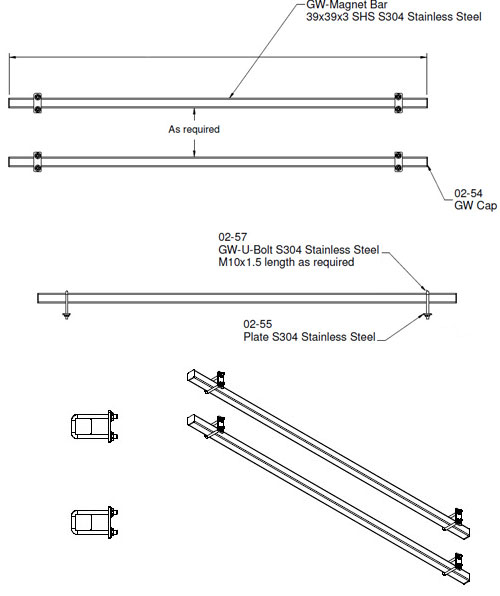 *Varies from system to system.